Have a few characters that are vampires and some that are werewolves. My WW's level fine, but my Vamp's are not leveling at all. What do I need to do?

Defeat the Vampire Lord in this exciting Slot game! Take the fight to his castle and bring him down once and for all in Slot Quest: The Vampire Lord. Play awesome minigames and unlock awesome achievements as you progress through differently themed slot machines. Best online slots for ipad. 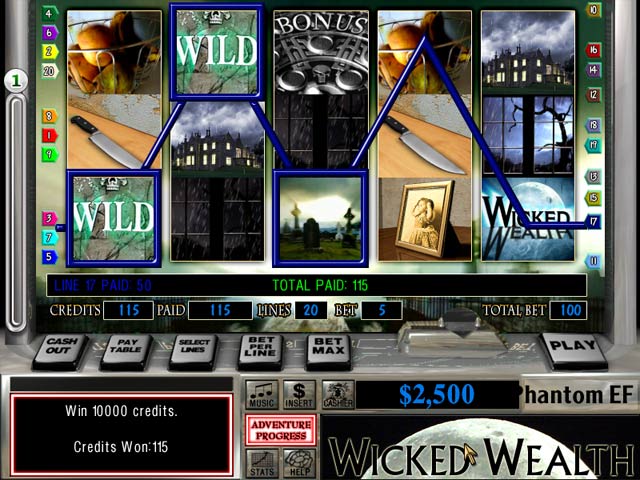 Earn XP on that character. Vampire doesn't care what skills you have equipped, what you do, all it cares about is, did you gain XP while being a vampire? If the answer is yes, then you start to get better at being a vampire (the skill line advances).
You need to earn 89,816 XP to get to Vampire 2. You need to earn 1,031,428 XP to go from freshly turned to a master vampire.

I only got the drain essence ability and use it all the time.

Using an ability does not do anything. Seriously. Nothing. Having it slotted will advance that skill when you gain XP. So having drain slotted when you gain XP will level up drain. Every active ability in the game works this way.

Unless a skill line has unique leveling sources (which Vampire and Werewolf do) having a skill slotted when you gain XP will advance that skill line. (Note: all world skill lines, including Vampire, Werewolf, and Soul Magic, have unique leveling requirements.)
Some of my characters have leveled up 30 lvls since getting it, and still their vamp skill is still lvl 1.

So this is a bit weird. Are you saying that several of your characters are vampires, or that you've leveled up several other characters, without leveling your vampire?
Also, what levels? Because the XP you need to reach the next level varies, as you go up, while the XP for a vampire to rank up starts off very high. If you're a level 3 character, with the newly accelerated XP values, leveling to 30 may not get you more than a couple ranks in Vampire.
I have tried using just the drain essence, I have tried just feeding and I have tried doing both equally. All with the same result, all still lvl 1.
Feeding, by itself, does nothing. It's not even an ability. It's not part of the process for becoming a better vampire.
Also, terminology thing, because it does make all of this more confusing than it needs to be.
Level is your character's level. It is 1-50, and then it's done. Champion Points or Champion Ranks start at 10, and go to 630 and beyond. Gaining 30 CP is not the same as 30 levels, and has vastly different XP gains involved. To the point that a character could go from CR10 to CR40 and not earn the 90k necessary to hit rank 2 Vampire.
Advancing skill lines is (or used to be called) ranks. You're a Rank 1 Vampire, not a Level 1 Vampire. Because level is your character's level. Now, I'm not saying that everyone uses those terms consistently, but when things aren't working out, it only increases the confusion all around.